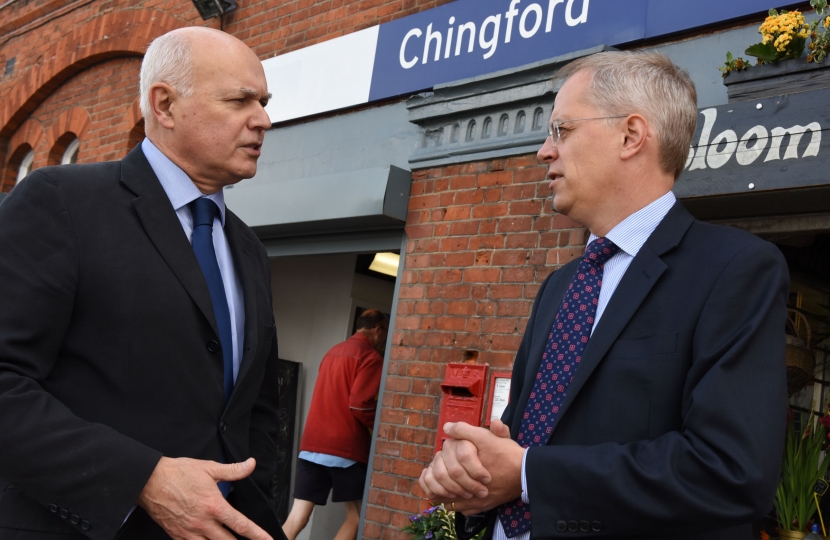 Iain Duncan Smith met with Jon Fox of TfL to discuss the problems that have plagued the Chingford to Liverpool Street rail service since TfL took over in May.

Mr Fox, who is a Director at London Rail, the operating division of TfL responsible for actually running the trains, explained how Abellio, the previous operator of the line had delivered less rolling stock and that the additional stock hired in to fill the shortfall had failed. That stock is undergoing a refit during July and August and then a rolling programme of refurbishing all the stock will re-start. The entire fleet is being replaced, with new trains coming during 2018. The new trains will have wifi, air-conditioning and will have greater capacity.

Looking at the performance figures for the first six weeks of TfL's operation of the line, it has improved from a particularly poor start and is getting back close to the level of service achieved by Abellio. Mr Fox said that he wanted to exceed that and that TfL were recruiting more drivers and changing the terms and conditions of the staff who came over to them from Abellio so that they could deliver this.

Iain has asked to be kept updated on any further developments.