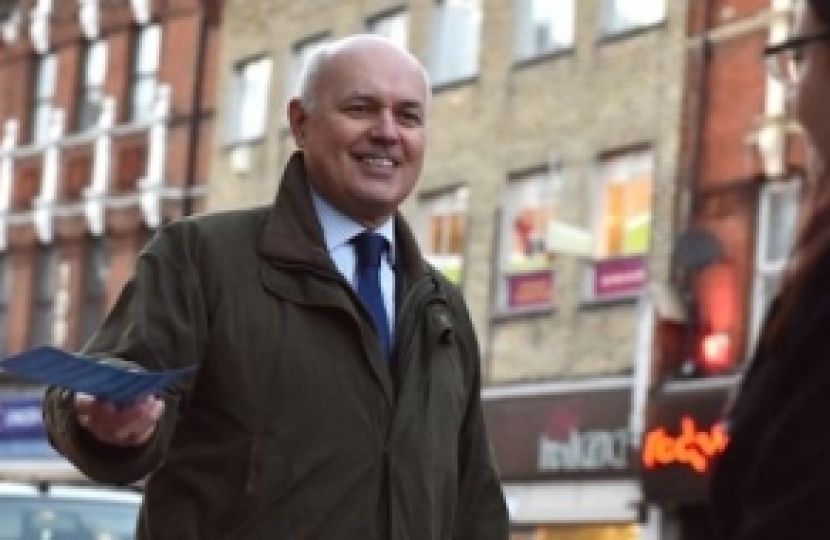 Iain Duncan Smith has welcomed the news that employment across the UK has reached its highest rate since records began, and that unemployment remains at its lowest level for 11 years – down over 900,000 since 2010.

In Chingford and Woodford Green, the number of people claiming the key out of work benefits has fallen by 1135 – a 55% per cent drop – since 2010.

Today’s figures also show wages continuing to grow strongly, the youth unemployment rate at its lowest since 2005, the rate of women in employment at a record high, and the number of disabled people in work up by nearly 600,000 over the past three years.

‘This is great news for our country and for local people, with the number of people in Chingford and Woodford Green relying on the key out of work benefits down 55% per cent since 2010, while the employment level nationwide has hit a record high.

‘It shows that our on-going welfare reforms, initiated when I was Secretary of State for Department of Work and Pensions, are working – continuing to incentivise work and making sure the system is fair to all those who need it and those who pay for it.

‘Conservatives have made real progress creating a strong economy and helping people into work, and we will continue that work as we build a country that works for everyone – with more people sharing in our country’s prosperity’.