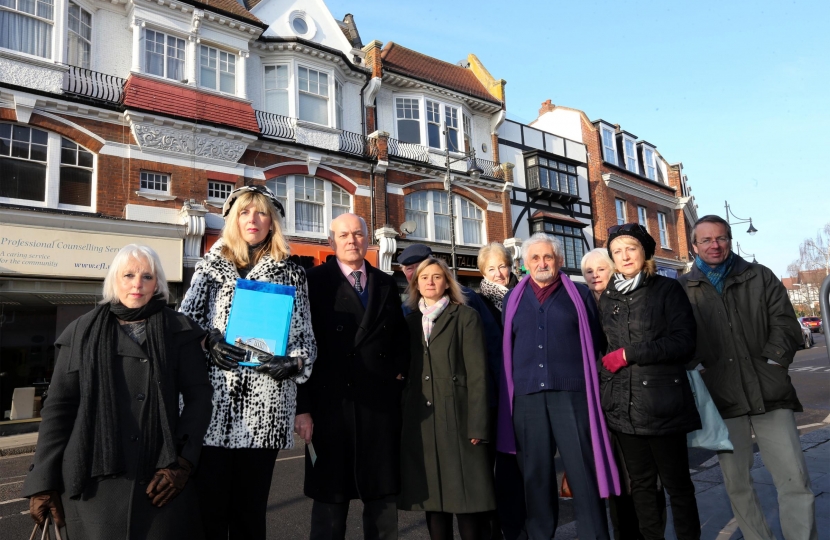 Complaints of birds becoming trapped and dying in netting above a parade of shops is under investigation.

Residents, shoppers and animal welfare groups have said the skeletal remains of pigeons along The Broadway in Woodford Green are causing children distress and are ruining the aesthetics of the area. Several pigeons have become trapped and died from injury or starvation over the last few months as a result of poorly maintained netting, particularly above Waite & Sons newsagents.

At present, the decomposed remains of two pigeons can be seen hanging above the shop front which has been described as a "disgusting eyesore" by residents and shop workers.

The installation and maintenance of netting is the responsibility of leaseholders and freehold owners along the parade, but a local authority can intervene if birds are dying needlessly.

A spokesman for Redbridge Council, said: "The Council is currently investigating complaints of birds becoming trapped within netting on the façade of buildings on The Broadway.

"If well maintained netting can be an effective means of keeping birds off buildings and prevent damage to the buildings and also fouling of the adjacent footway and many of the freeholders and leaseholders on The Broadway have effectively used the netting to deter roosting birds. However, poorly maintained netting can unintentionally trap wild birds.

"The council has a legal duty under the Wildlife and Countryside Act to ensure that wild birds including pigeons do not suffer harm or death by becoming trapped, and council officers are currently in dialogue with freeholders and leaseholders concerning work required to repair some poorly maintained netting on one of the buildings on The Broadway."

MP Iain Duncan Smith has called for the netting to be replaced by other deterrents, describing the sight from Woodford Tube station as a "disgustingly dirty disgrace".

This article first appeared n the Wanstead and Woodford Guardian on 27 January 2015. Read it here.