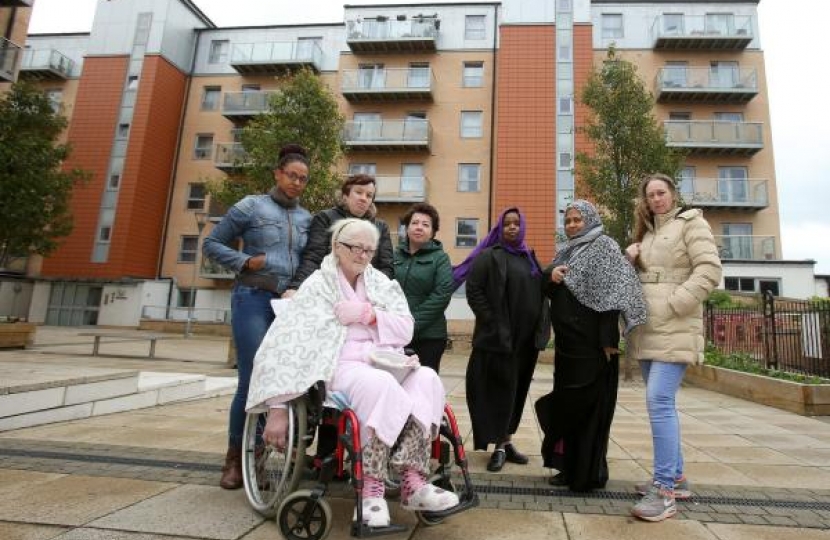 Repairs to a housing development where residents have endured flooding, mould and collapsed ceilings is due to start this month, following the appointment of a contractor.

Circle 33 housing association tenants living in two of five blocks which make up the Queen Mary Gate development in South Woodford will have to move out of their homes while the extensive work takes place.

An investigation by Circle 33 into the severity of tenants' living conditions was launched following criticism of its poor maintenance from residents, councillors, MP Iain Duncan Smith and developer Telford Homes.

Circle 33 have now appointed Porterhouse Building Services to carry out the repair work.

All communal security doors and the access gate to the underground car park will be replaced and the communal areas in Excalibur, Cross Keys, Coral and Edinburgh Court will be re-decorated.

Circle 33 has said it continues to consult tenants on moving out, but it was unlikely they would be moved to somewhere in the local area due to housing shortages.

Tenants have told the Guardian they fear major repairs could take up to two years to fix.

A Circle 33 spokesman, said: "We are working to resolve these issues as quickly as possible, while ensuring the work is carried out efficiently and robustly.

"We have met with residents and are assisting those who would like to move. However, the majority of residents have told us that they do not wish to move and we are working hard to meet their wishes, where possible."

This article first appeared in the Wanstead and Woodford Guardian on 7 January 2015. Read it here.