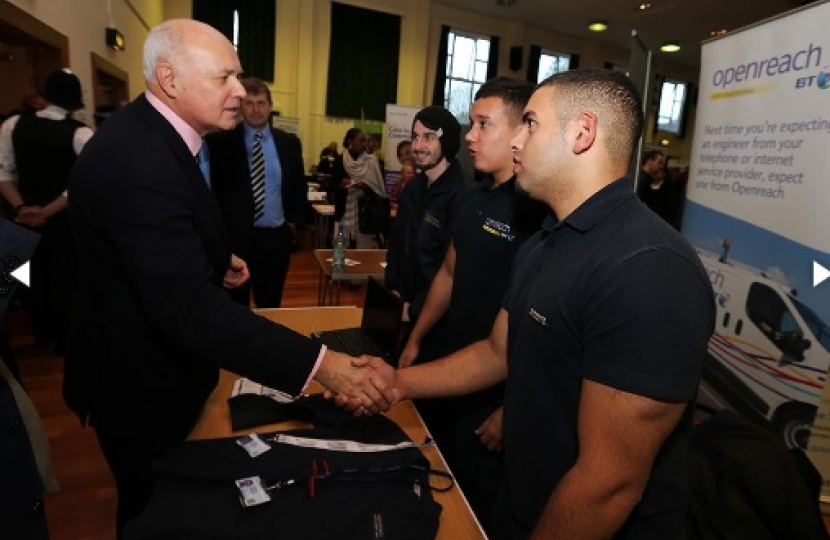 Iain Duncan Smith, MP for Chingford & Woodford Green, has welcomed the latest employment figures which show that there are 703 fewer people out of work with unemployment now 34% lower than it was in 2010 in the constituency.

Across London there are now 860,000 more people with the security of a job compared to when Labour were last in Government. Wages are also rising faster than inflation. They rose 3.8% in the year to August, the 19th consecutive month that wages have outstripped inflation.

"The National Living Wage - which will rise to £10.25/hr by 2024 - is giving a real boost to incomes, especially the lowest paid. The Conservative Government has set the economy on a secure footing and there are 3.6m more people in work today, compare with the time Labour were in office.

We cannot let Labour wreck the hard work done by the British people with their plans for higher taxes, a massive hike in debt and a return to the failed policies of nationalisation and government waste. We need to get Brexit done and move on."

Two Years On: Delivering on our Promises

Two years on, we have delivered for Britain. Here's a list of some of our top achievements.