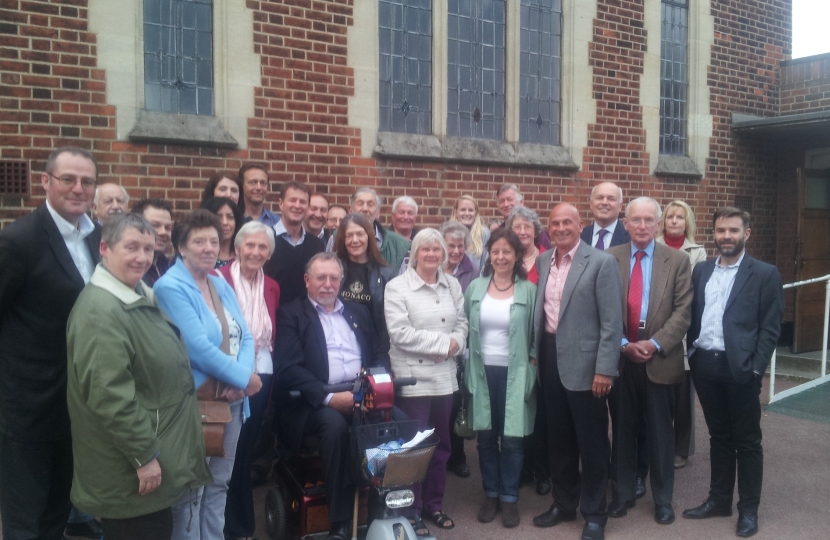 At a packed meeting of local members last night, Iain Duncan Smith was backed unanimously to fight the Chingford & Woodford Green seat at the next General Election in 2015.

Speaking at the meeting, Mr Duncan Smith, who has represented the area since 1992, said that it was an honour and a privilege to represent the people of Chingford & Woodford Green and that the work he was doing on welfare reform, so working would always pay more than a life on benefits, was one of the most important in the Government’s programme to restore the public finances and lift people out of dependency.

Members and Councillors gathered after the meeting for a photograph with Mr Duncan Smith.