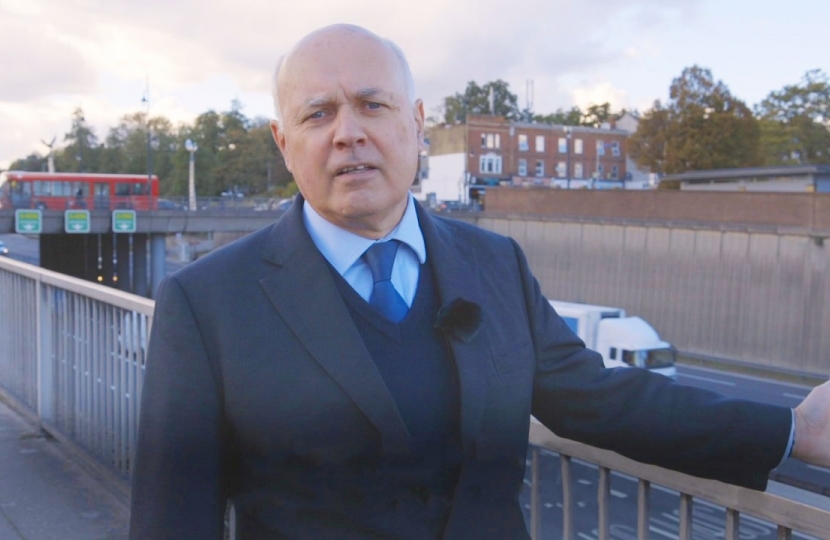 People are very concerned about the Ultra-Low Emission Zone (ULEZ) and are opposed to having to pay to cross the North Circular.  I’m standing with local councillors, our GLA assembly members and assembly candidates as we fight against the Labour Mayor of London’s plan to expand the Ultra-Low Emission Zone (ULEZ) to the North and South Circular; a move supported by the Labour Council.

I have spoken to many people who will be affected, particularly drivers of older cars, who will have to pay a £12.50 daily charge even for short journeys; whether for hospital appointments or picking up children from school, tradespeople who drive vans, families, and pensioners who have been encouraged in the past to switch to diesel cars which may be their final car in retirement.

The cost alone to implement the extension for cameras etc will be about £1 billion of taxpayers money. This is money that could be spent better with electric buses, improving public transport and rail services - all things that would really have an effect. My plan is to keep campaigning against the extension of the ULEZ and it’s a campaign we must win.

You can back my campaign to stop the expansion by signing our petition at: www.cwgca.org/ulez-survey

How we're protecting jobs, businesses and livelihoods as we begin to kickstart our economy

Our top priority has always been to support people, protect jobs and businesses through this crisis. The furlough and self-employment schemes have been a lifeline for millions of people and businesses.