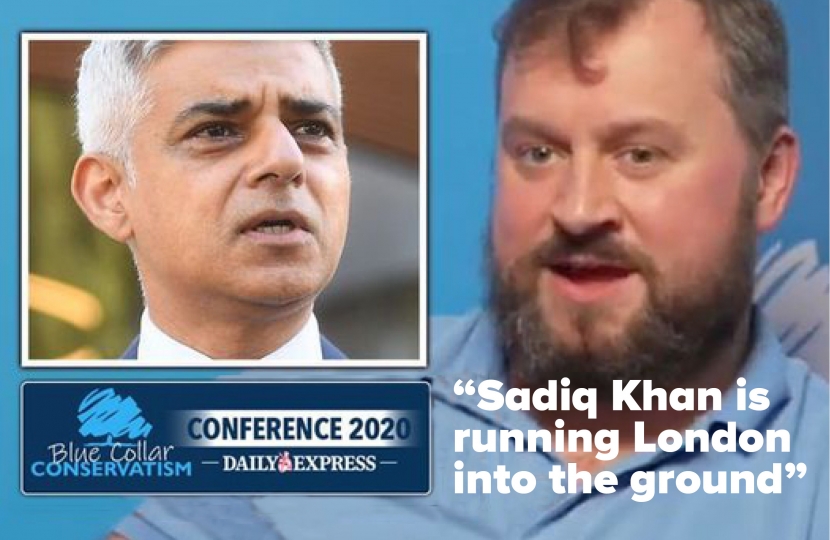 SADIQ KHAN has been torn apart over his record as London mayor by Churchfields Councillor Clark Vasey, who has warned that he could lose the capital to Shaun Bailey in the mayoral election next year.

Tory candidate Shaun Bailey is campaigning to dethrone Sadiq Khan in the London mayoral elections in 2021. The founder of Blue Collar Conservatism, Clark Vasey, believes he can do it. He claimed that Mr Khan has been failing the capital during a time of crisis - and said "Sadiq is running Labour into the ground".

The Prime Minister today urged MPs in the House of Commons to pass new COVID regulations, to keep transmission down and beat the virus